The voice behind the songs “You’re the One” and “Ikaw ang Mahal” has reached another milestone. Garth Garcia is a nominee for Best New Artist in the upcoming MOR Pinoy Music Awards.

“I was sleeping when my phone was ringing. It was DJ Popoy who called. He said that I am nominated.” Garth was really surprised and ecstatic at the same time. He could not believe that he will be part of the said award giving body.

MOR Pinoy Music Awards wants to give recognition to different OPM artists. These are songs and artists that made a great impact in the Philippine music scene for 2013. 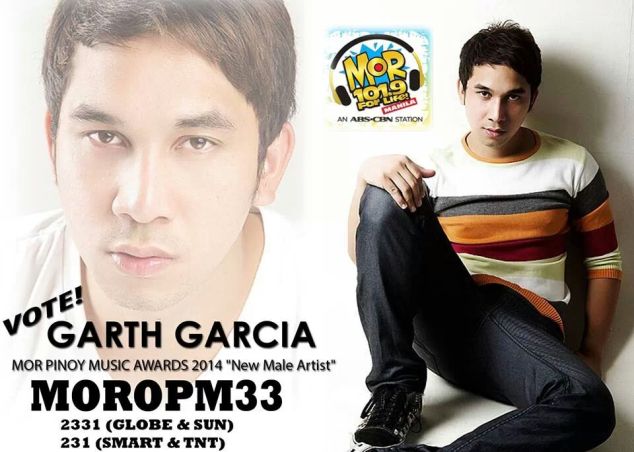